Turtle Sanctuary is a N.G.O, born from a passion for Nature, wildlife ans especially turtles.

The organization was founded in 2017 and carried out its first projects, supported by zoologists, veterinarians, researchers and enthusiasts from around the world.
Based in France, Turtle Sanctuary is currently setting up in Asia; it helps local stakeholders to protect a large number of threatened species. Its purpose is to combine all efforts and to make common cause for the preservation of biodiversity.

It is the observation of turtles in the wild and in different breeding conditions for 20 years which makes it possible to draw an alarming report: despite the efforts made by various organizations to ensure the survival of the most endangered species, the decline of chelonians in the wild is accelerating inexorably.

Turtle Sanctuary undertakes various actions for the benefit of the animal cause. If its missions are currently focused on turtle conservation, it aims to support more widely any project in favor of biodiversity. The association is committed to bringing together the largest number of recognized biologists around chelonians conservation projects in an ecozone scale. With scientific research playing a key role in its programs, Turtle Sanctuary organizes and participates in numerous international meetings to optimize the scope of its actions. With its network of renowned specialists, the association leads new conservation programs and scientific missions in Viet Nam.

We live in a pivotal time, where the slightest gesture in favor of Nature becomes essential. 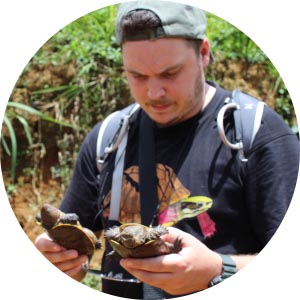 Benjamin, of French nationality, is the founder of our association. His interest for turtles goes back to his childhood.For more than 20 years, he has been working around conservation networks and international associations in relation with turtles. For several years now, he has put his energy and his passion at the service of the most vulnerable species around the world, convinced for a long time that it is urgent to federate the greatest number of enthusiasts, specialists and associations of defense to act jointly and in the general interest.

His french keeping and breeding licence covers almost all species of chelonians. 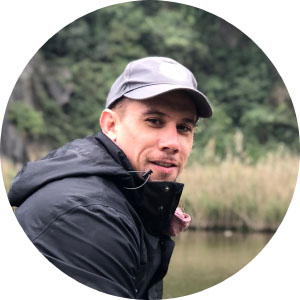 Cedric, of French nationality, began his associative activities at 17, when in 1997 he joined the oragnization A Cupulatta. He puts his knowledge of breeder at the service of a turtle park in Corsica. This site was already at the time one of the first centers in the world by the number of species.He was then brought to evolve almost 18 years on the sector of the trade, and quickly finds the opportunity to collaborate with several organizations and scientists such as the Italian ecologist Luca Luiselli and the lecturer to MNHN Roger Bour. He is thus involved in the study and monitoring of tropical reptile trade flows internationally.

Holder of a licence for the breeding and international trade flows of a majority of species of reptiles, amphibians and invertebrates, he is now using his expertise to work effectively in favor of the protection of biodiversity, in a global approach that integrates all the issues concerning wild animals and obviously local human populations living in contact with them. 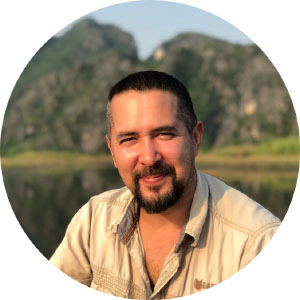 Olivier, of French nationality, is a great lover of nature and a passionate traveler, and has traveled the world for many years. Holder of several certificates of abilities for a large number of species of wildlife, he was brought to exercise very diversified activities: manager of breeding centres, trainer on the reptilian contention or accompanist in the archipelago of Komodo, it is the animals that have been his guiding thread.

His 20 years of professional experience in the animal sector has allowed him to collaborate with many breeding farms around the world. Enriched by these experiences and motivated by challenges of all kinds, he has used his strengths to create several reptile farms in different countries.

It is as an experienced field specialist that Olivier leads today the different projects of Turtle Sanctuary. 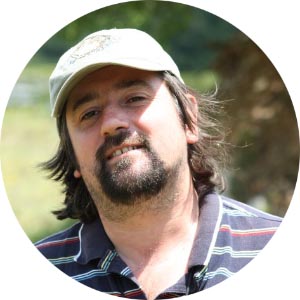 As a professor of ecology, he also teaches and gives lectures at the University Roma Tre (Italy), at the Rivers State University of Science and Technology, Port Harcourt (Nigeria) and at the Université de Lomé (Togo). He is the Chair for Africa of the IUCN/SSC Tortoises and Freshwater Turtles Specialist Group, and has been awarded with over 20 international grant programs for scientific excellence in biology.
With over 7000 citations and H = 40, he is one of the most highly cited ecologists worldwide. 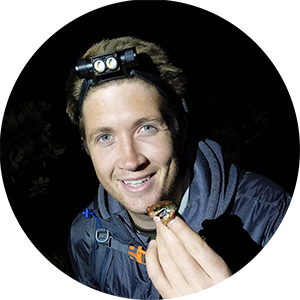 Pearson grew up in Poland and the United States and has travelled and worked internationally ever since. For the last 10 years, Pearson has been gaining research experience, primarily with herpetofauna, but also with primates and small mammals. Most recently he has been working as a research biologist for the African Chelonian Institute in West Africa focusing on applied conservation and community engagement in chelonian research.

Since earning his masters degree focused on the effectiveness of head-starting the federally threatened Mojave desert tortoise, Pearson has continued to also work in monitoring the success of this long-term effort. Pearson recently joined the IUCNs Tortoise and Freshwater Turtle Specialist Group and became a board member at Reserva: The Youth Land Trust while also aiding Reserva’s scientific efforts through herpetological research at Dracula Reserve in the Ecuadorian Chocó. 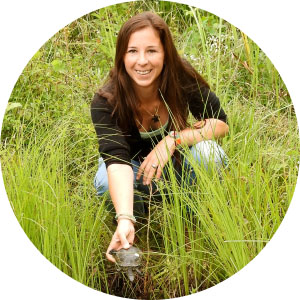 Charlotte grew up around tortoises, turtles and nature. It is natural that she decided to carry out biology studies at the University and got involved in the conservation of these animals, thanks to the Emys Center of the Association “Protection et Récupération des Tortues” in Switzerland (association created in 1994 by her parents and Jean Garzoni).

Since the age of 11, she has been working with Project Emys for the protection and reintroduction of the European pond turtle, which is the only native freshwater turtle of Switzerland. She is still studying its ecology for her PhD at the University of Lausanne.

This passion has also pushed her to travel around the world to meet other person interested in turtles and thus to exchange ecology and conservation knowledges.

As an ecologist, she joined the Turtle Sanctuary Scientific Committee in 2019 and participated in the development and application of field studies and scientific research. 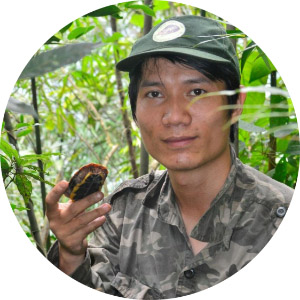 Of Vietnamese nationality, before joining Turtle Sanctuary in January 2018, Thong has worked for Asian Turtle Program (ATP) in Vietnam for 8 years. During the working time with ATP, Thong was in-charge of several important projects such as research and conservation of the rarest turtle of the world (the Hoan Kiem turtle (Rafetus swinhoei), and the turtle of “nowhere” Zhou’s box turtle (Cuora zhoui)). Beside, Thong is not only having field research skills but he also has skills on communication and training. He joined several training courses as a trainer for students (Vietnamese and international), rangers, environment police officers and so on.

Thong holds a bachelor of Forestry and nature resource management from Vietnam National University of Forestry in 2009. Currently, Thong is pursuing the Tropical international master program with the cooperation between Vietnam University of Forestry and Georg-August Göttingen University, Germany. With this program, Thong has studied at Georg- August Göttingen University for six months to gain knowledge on Tropical forestry and nature resource management. Those vital knowledge is sharpening Thong’s perspective to manage Turtle Sanctuary running smoothly. 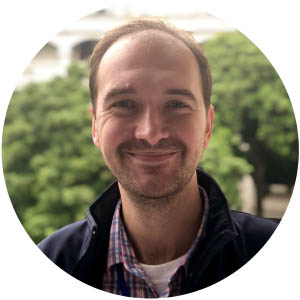 Tomas is a native of Czech Republic, but many years ago he tied his life to Asia. He is originally a lawyer by training, but after working in private sector, he gradually started to shift into academia and focus on transnational environmental issues. Tomas tries to integrate aspects from legal and social research together with environmental protection studies. Apart from his engagement at the Turtle Sanctuary, Tomas is also active university lecturer and conducts research in the cross-cutting field of management of coastal areas with special emphasis on social interactions and access to environmental justice for both humans and nature itself. 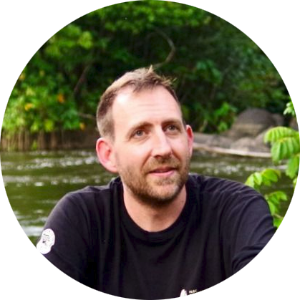 A biologist by training, Olivier did his doctorate on the local adaptations of amphibians to ultraviolet light at high altitude and a post-doctorate on the evolution of the history traits of lizards.

In 2008 Olivier left the university environment to devote himself to training by creating and directing the training center in herpetology and terrariophilia at La Ferme Tropicale.

In 2013 he left the training center to become the scientific manager of reptiles, amphibians and arthropods in the Paris Zoological Park where he still performs this function today.

Since the Paris Zoological Park is an establishment of the National Museum of Natural History, Olivier’s function allows him, in addition to supervising the zootechnical aspects of zoo species, to be able to devote part of his working time to activities of in-situ and ex-situ research and conservation. 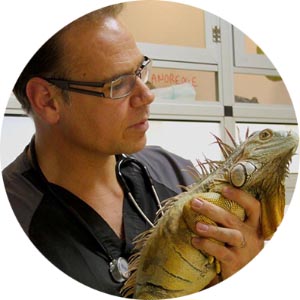 Lionel Schilliger (DVM, Dip. E.C.Z.M (Herpetology)), of French nationality, who own the title of Diplomate of the American Board of Veterinary Practitioners (reptile-amphibiens), has always been passionate with reptiles, these “pets with scales” which he especially love. Since the obtention of his degree in 1989, he is devoted to herpetological medicine and surgery and is currently a graduate of the European College of Zoological Medicine.

He is a veterinary practitioner, consultant “dogs-cats-reptiles”, and practices in Paris. 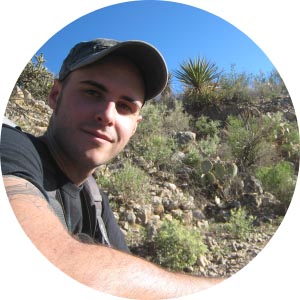 Passionate about reptiles and arthropods since childhood, Florian, of French nationality, had his first professional experience in the field of animal trade by joining the team of La Ferme Tropicale (a specialized pet shop in Paris) in 2008. After that, he returned to another passion, the web, by working for several major e-commerce brands.

Thanks to these new skills, Florian returns after a few years to La Ferme Tropicale when the company developped their online shop. He then manages their various web activities as well as their online communication.

With his combined experience of the web and animal trades, Florian joined the team of Turtle Sanctuary in July 2018, to develop the web presence of the organization.