In October 2018, the Turtle Sanctuary team went back to the Soc Son Rescue Center in Hanoi.

This center hosts wild animals from illegal trade: tigers, bears, primates, a multitude of birds and reptiles including King cobras.

Each year about 200 cobras are entrusted to the center of Soc Son.
Listed as Appendix II of CITES and classified as VU (Vulnerable) in IUCN red list, as well as listed in the strongest national law Decree 32/2006/ND-CP, the species now enjoys fully the protection in Vietnam. However, illegal hunting, trading still happen due to high demand from China market. It is estimated that the species has lost more than 80% of its population in less than 15 years in this country. The declared willingness of the authorities to fight the trafficking of endangered species is resulting in a proliferation of seizures and rigorous administrative procedures, which can lead to heavy prison sentences. But these procedures are lengthy and regulations require that confiscated animals be kept in captivity for a certain period of time. Thus cobras must be kept for at least one year before they can be released.

For this reason, they are find crammed together, in inadequate concrete pens, being kept somehow in the semi-darkness. Their elusive and solitary lifestyle, their specific diet (almost exclusively other snakes), make it them even more difficult to maintain in good captivity.

Arriving animals, are already weakened and will only accept a few weeks more with the stress of this detention, before dying most often of dehydration or various infections.
Due to lack of knowledge, keeping skills, and poor facility, more than half of the serpents will die to this promiscuity, without having the chance to find freedom.

As partner of this mission, Turtle Sanctuary want to place animals in the middle of its project and give each specimen a maximum survival chance before being released into the wild, in good conditions and in perfect health.
Therefore, capacity building and facility renovate are important to improve the situation. Firstly, we will conduct the skills training regarding the keeping, breeding and looking after of animals in captivity for Soc Son rescue center’s keepers team. We will also carry out the training related to Vet issues to deal with sick animals. Secondly, we provide the necessary equipment for the safety of keepers, and renovate the structure to ensure the comfort and optimize the capacity of the facilities.
Snakes are often feared, and unfortunately do not enjoy the empathy of other animals such as tigers, primates or even turtles.
Being on top predators in nature food web, they occupy an equally important role in ecosystems hence they are deserved to receive our help. These are unfortunately often forgotten in conservation attention!

We need you to carry out these actions to protect biodiversity.
Support us by working for a universal animal cause.

Mission : development and construction of facilities adapted to the seized King cobras 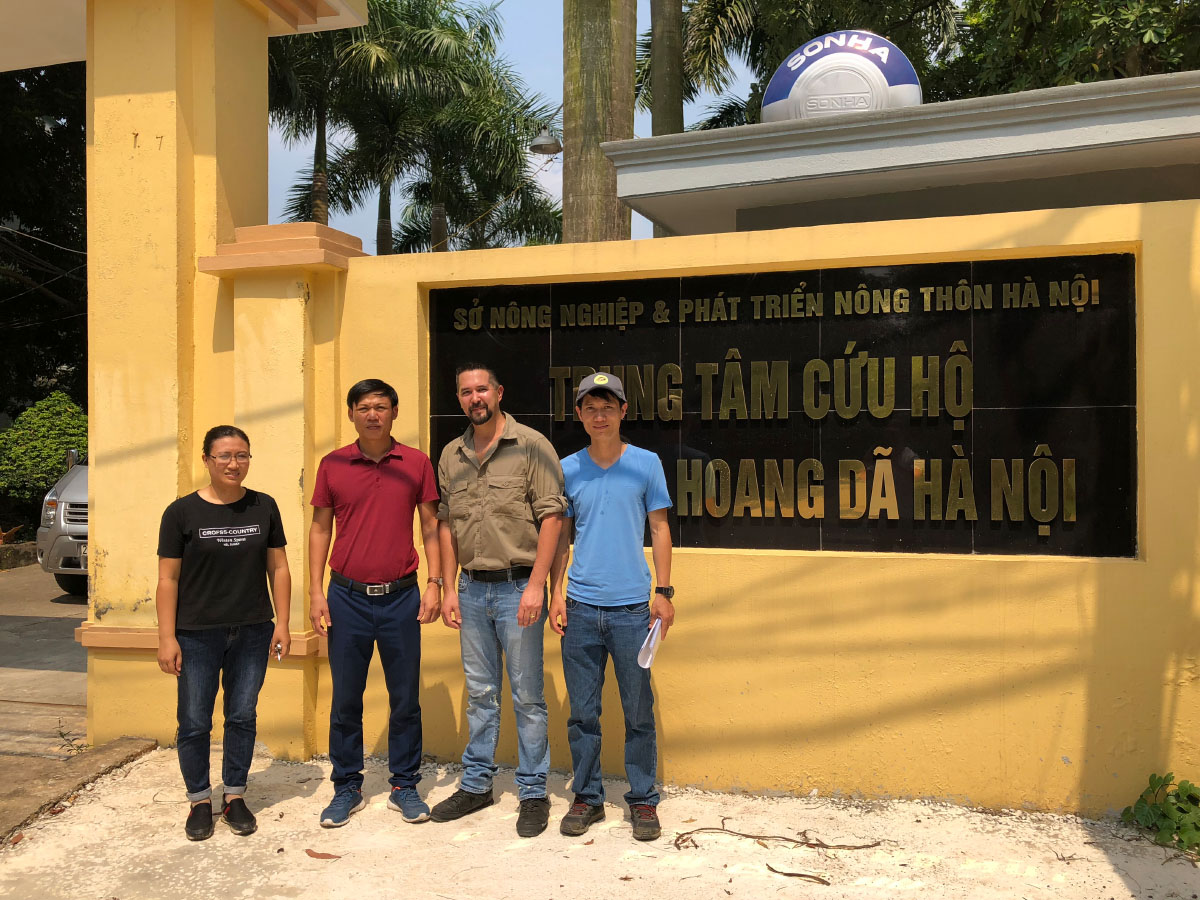 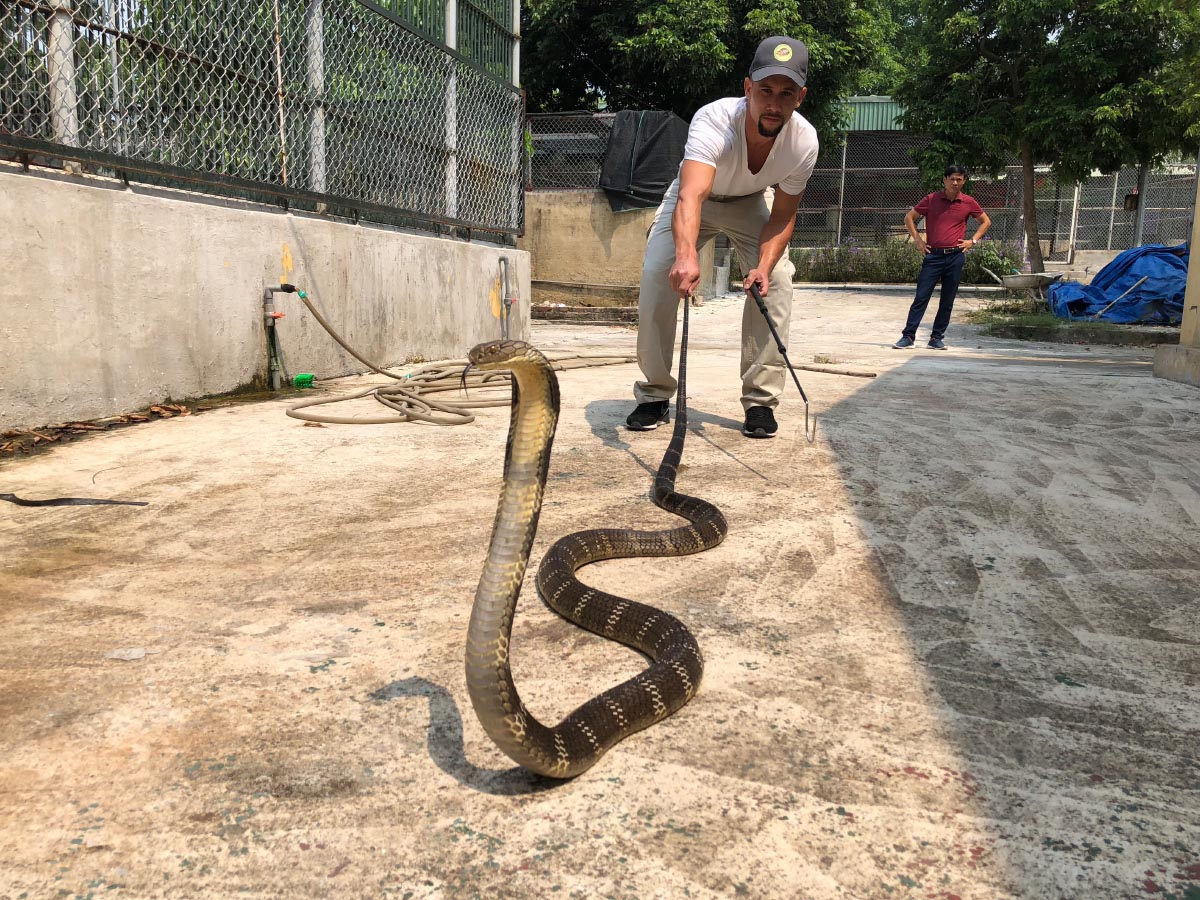 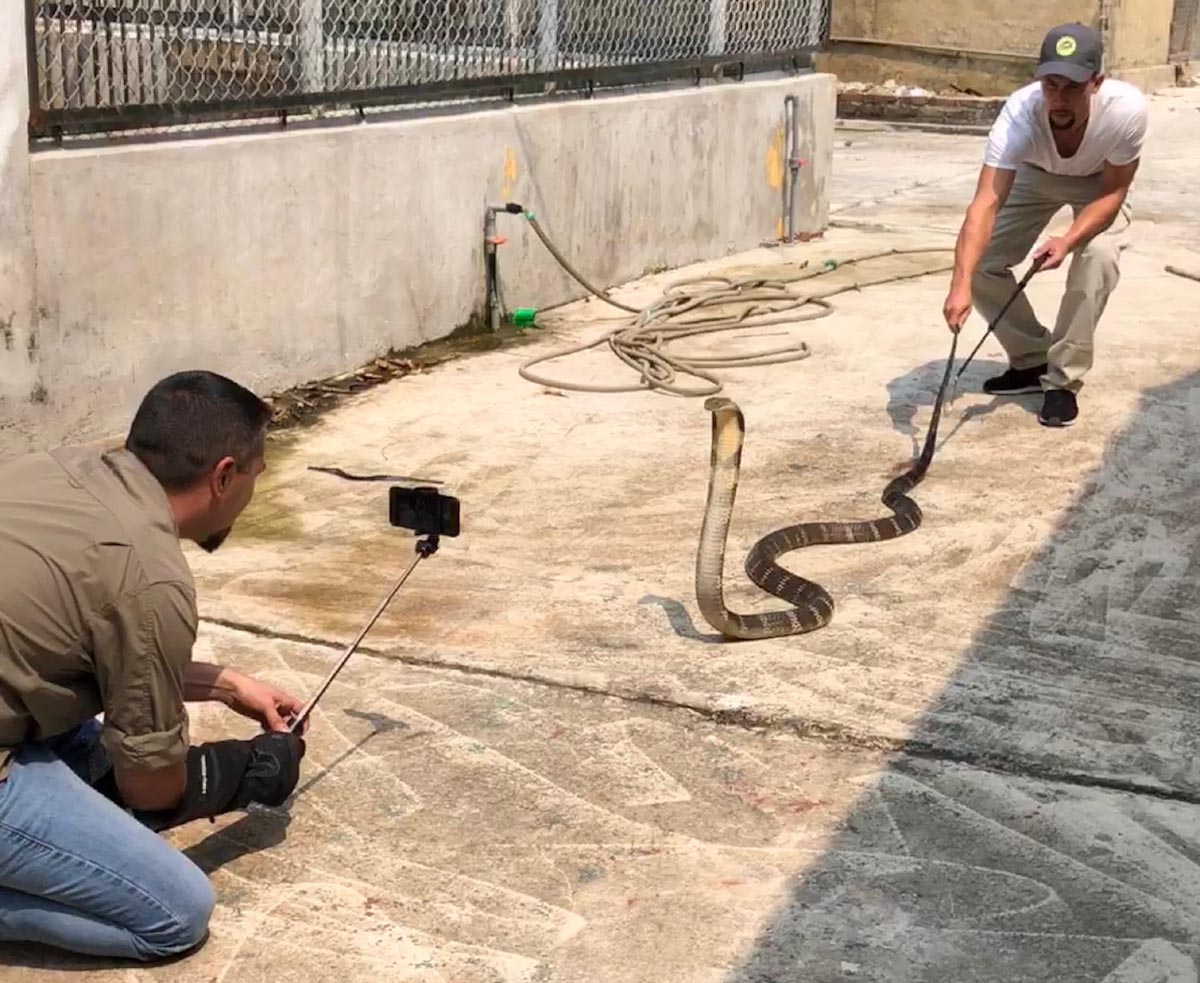 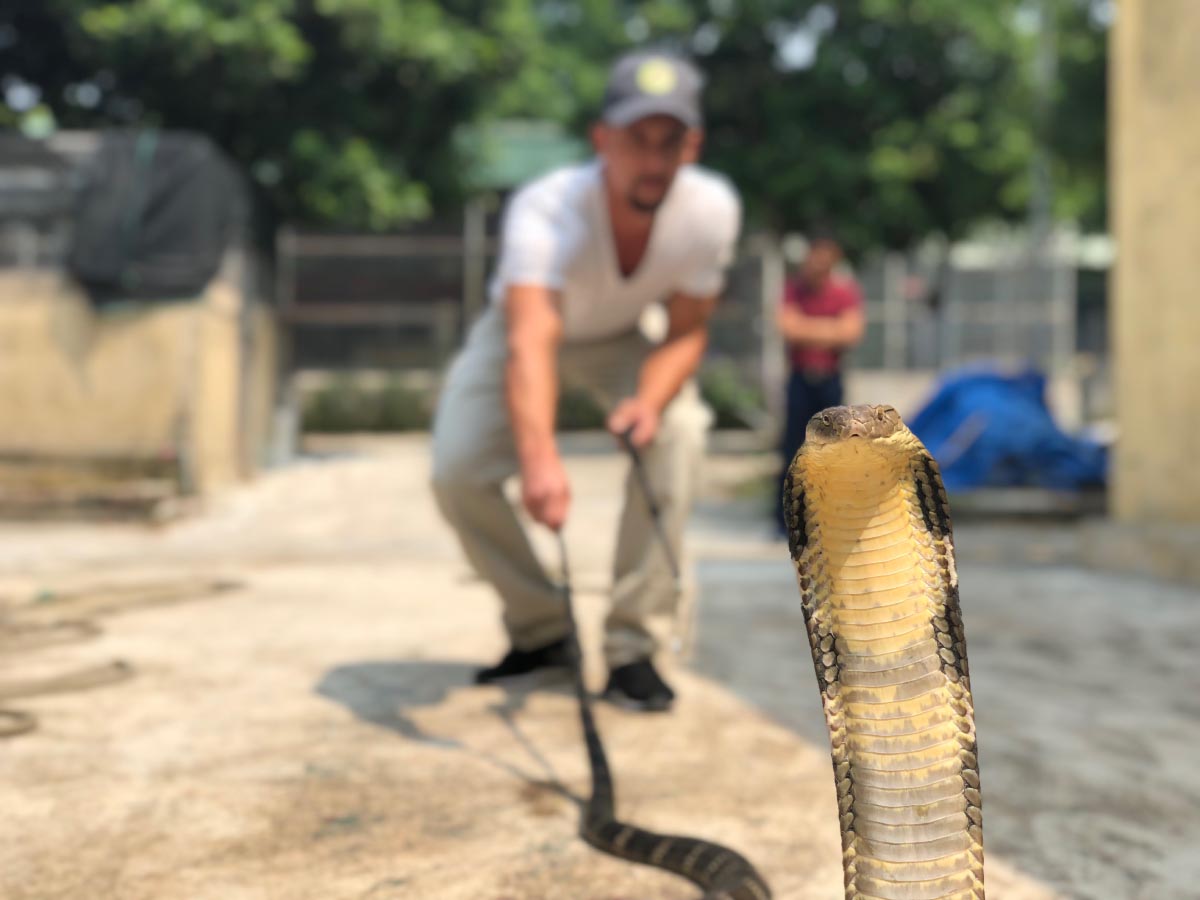 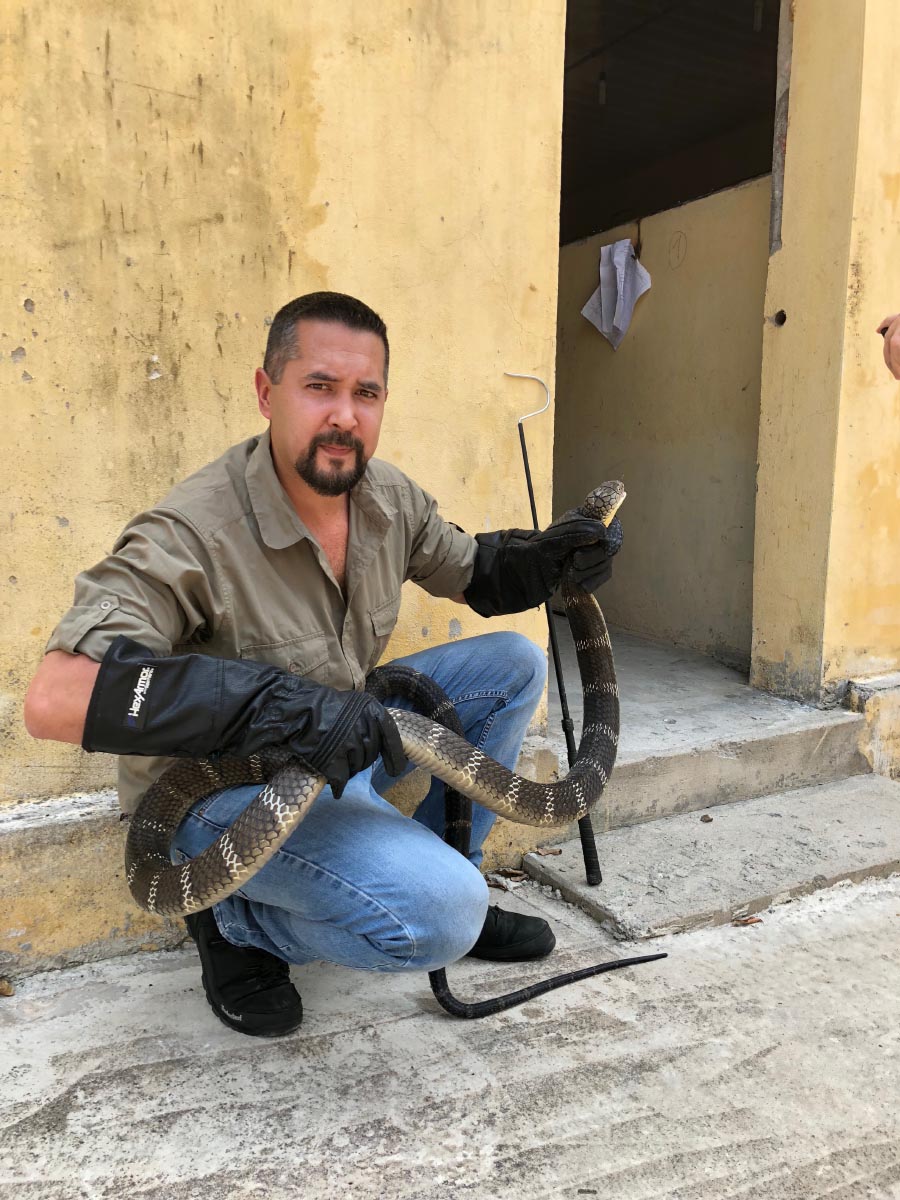 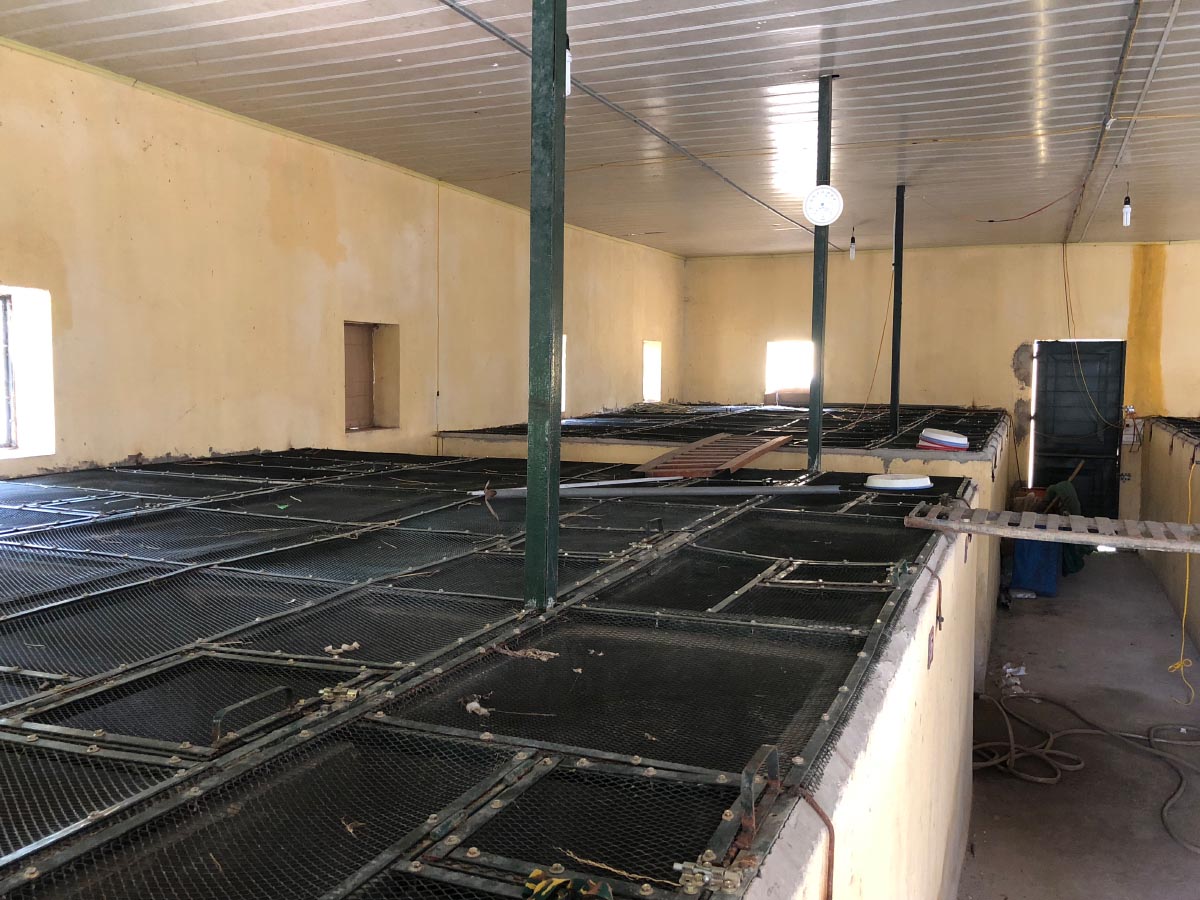 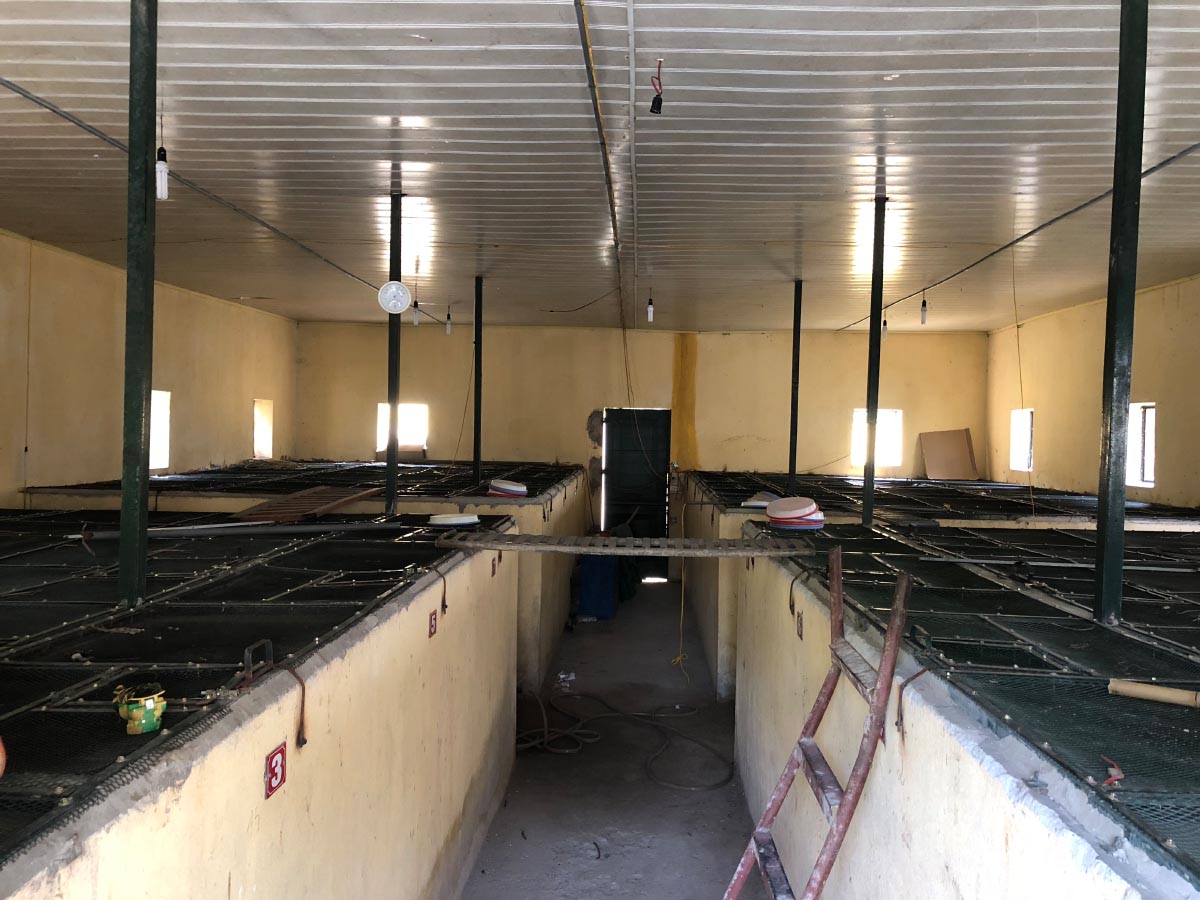 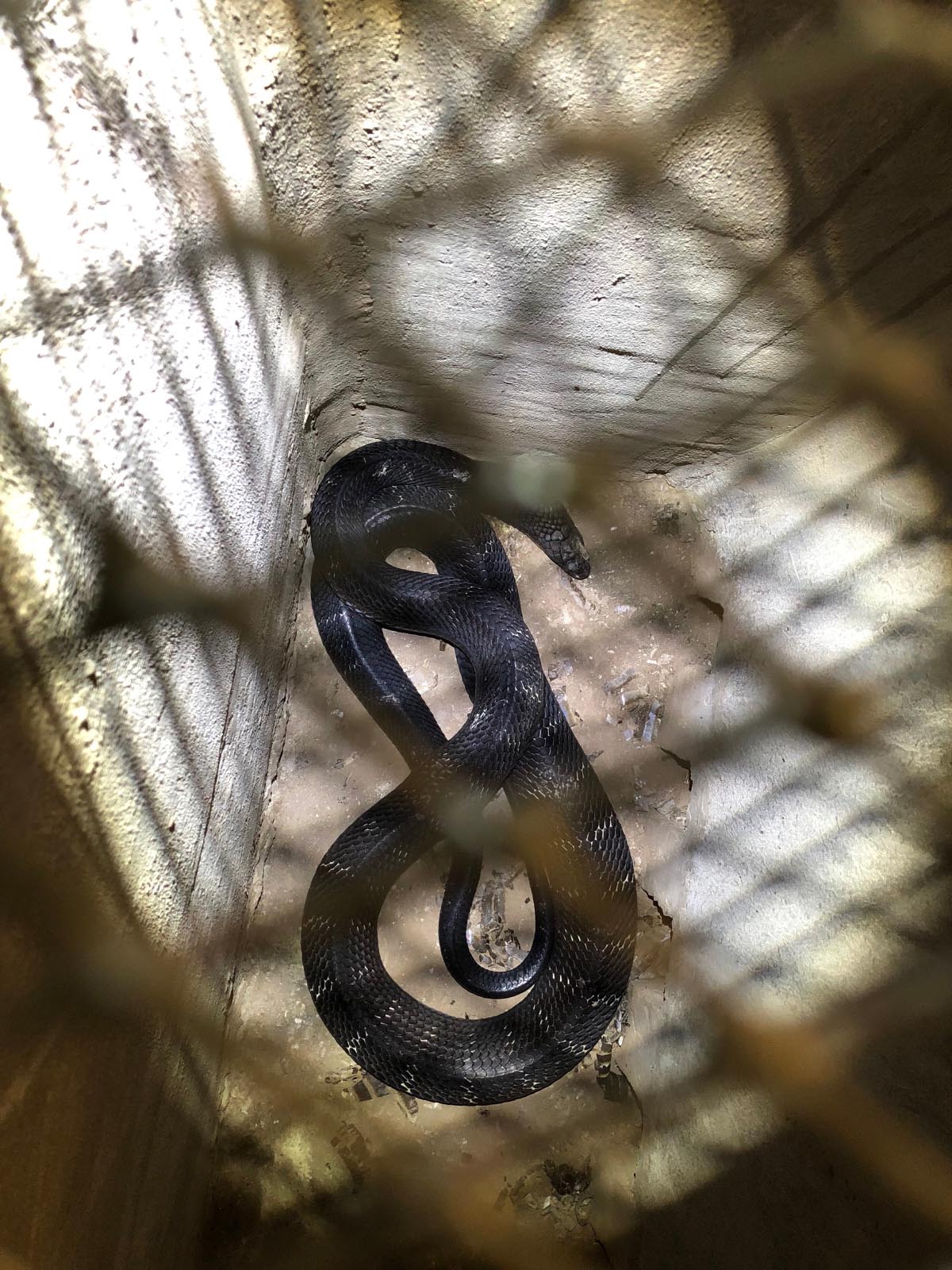 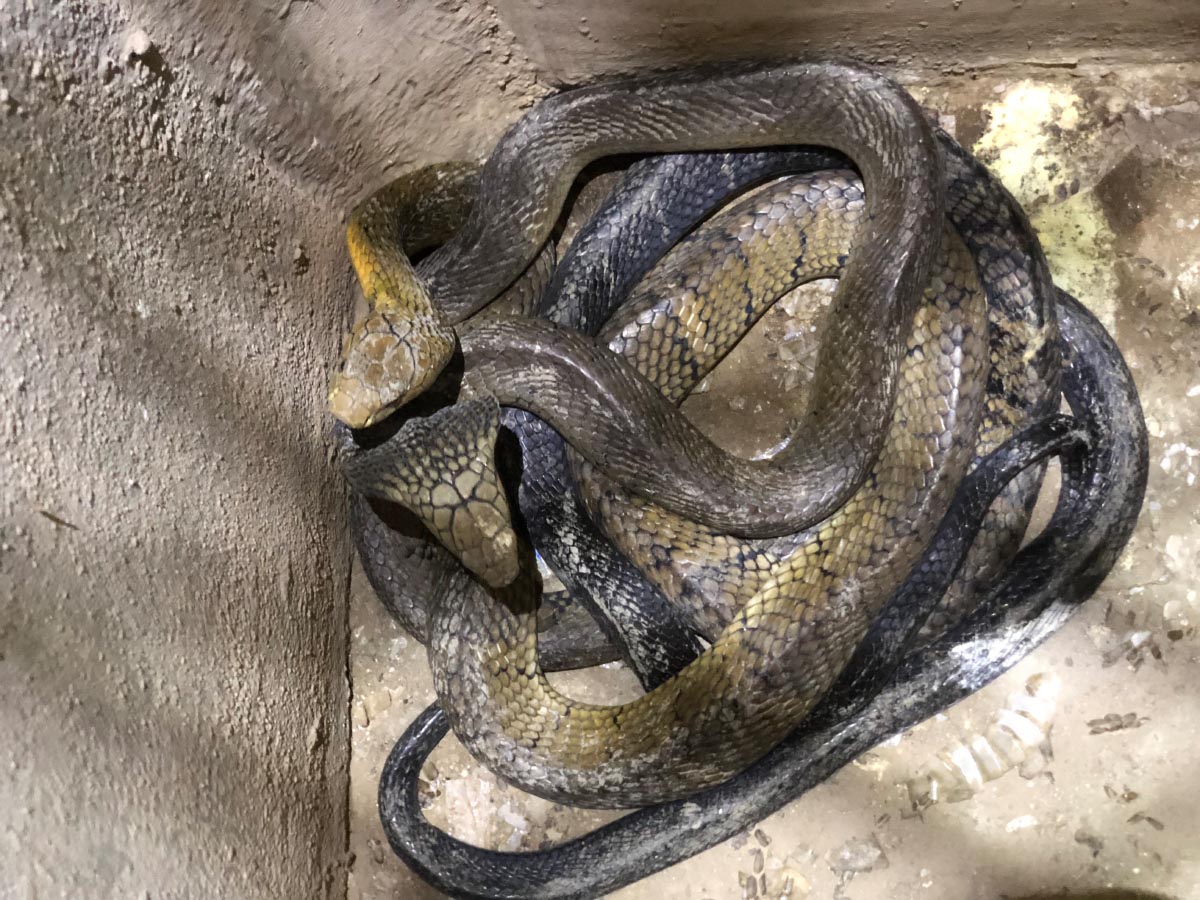 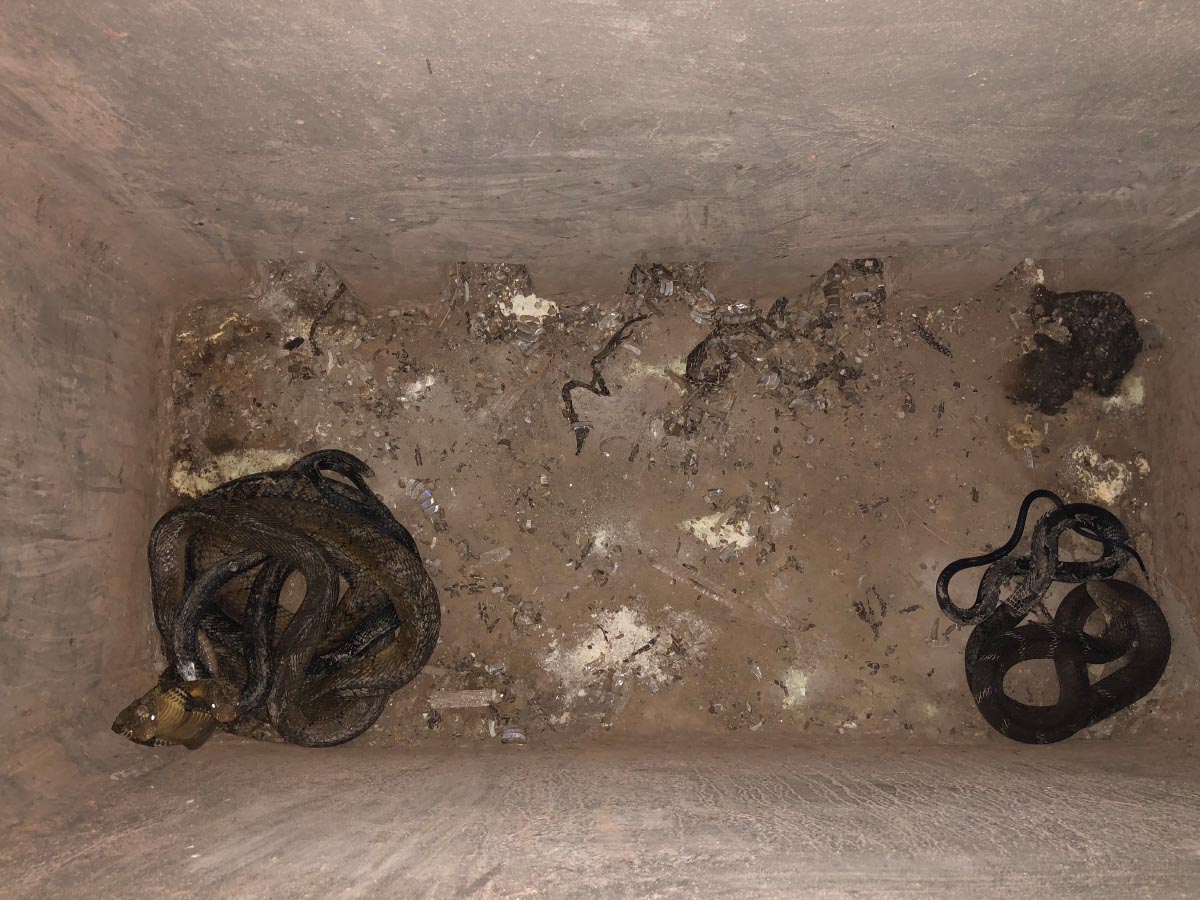 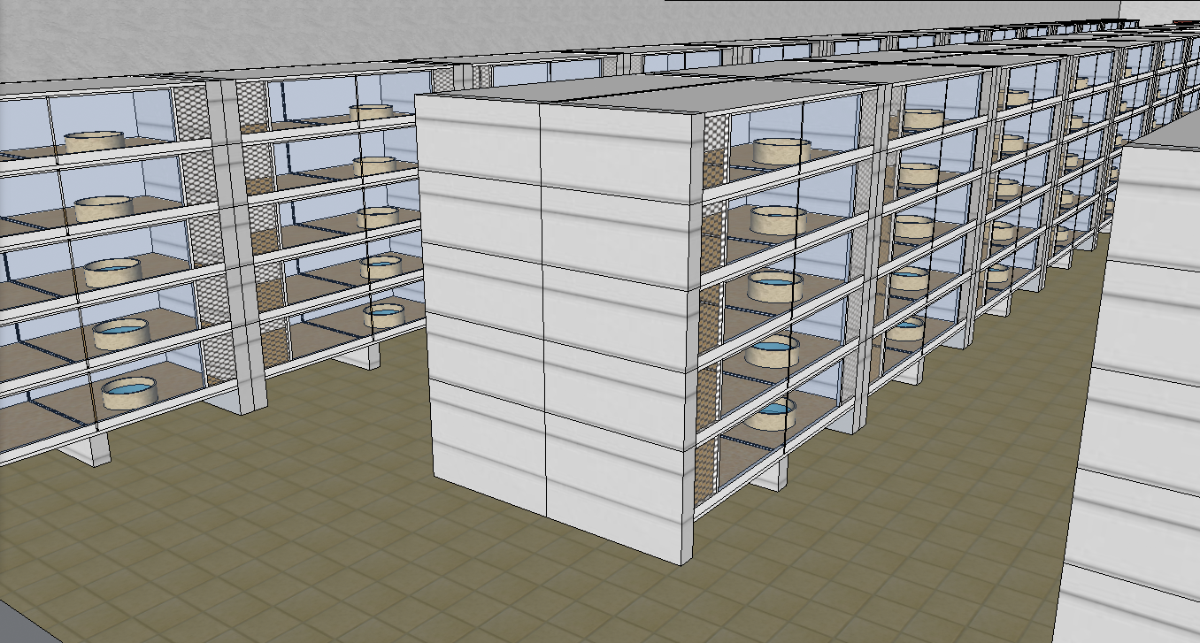