Swinhoe’s softshell turtle or Hoan Kiem turtle (Rafetus swinhoei) is one of largest softshell turtle in the world (up to 170kg). Thus, the large size is its drawback, it was targeted for over harvesting for local consumption in the period 1980-2000s. Currently, there are only four known individuals in the world, and it is considered by IUCN to be the rarest turtle species on earth. Two individuals (male and female) are kept together in Suzhou zoo in China, and the two wild individuals do occur in Dong Mo lake and in Xuan Khanh lake, Hanoi capital, Vietnam.

In Vietnam, this turtle is considered as sacred due to the legend that King Le Loi, after defeating Ming dynasty (China) out of country, returned the magic sword to Water God (Lac Long Quan) by the turtle. Regarding this legend, there was a big individual of Rafetus swinhoei in Hoan Kiem lake (Return sword lake) in old quarter of Hanoi capital, Vietnam, but sadly this animal died in January 2016. In addition, the conservation effort are facing a big challenge to conserve the species that, the couple in China zoo failed in attempt of breeding since 2008 and the two in Vietnam are separated in two different lakes.

In February 2018, CITES China has sent a letter of cooperation in conserving Rafetus swinhoei to Ministry of Agriculture Rural Development (MARD) in Hanoi. Later on, MARD assigned CITES Vietnam to organize a workshop to get the ideas and suggestions from scientists to feed back to CITES China.

TSCC with the mission of saving turtles from the extinction and aware of R. swinhoei situation, participated to this workshop and also financially supported the organization of the workshop together with WCS Vietnam. TSCC also committed the technical support from global experts of TSCC to the capture and captive management and exchange segment from the male individual in Vietnam to the artificial insert to female in China.

Our team will try the best for assuring the survival of Rafetus swinhoei, and is organizing a field project to be started in 2019 in order to collect data on its distribution and ecology across Vietnam, through a series of structured interviews and niche modeling studies that should predict the most likely sites of occurrence for this species in the country of Vietnam.

Mission : elaborate a capture method and financial support to organize a workshop about R. swinhoei preservation 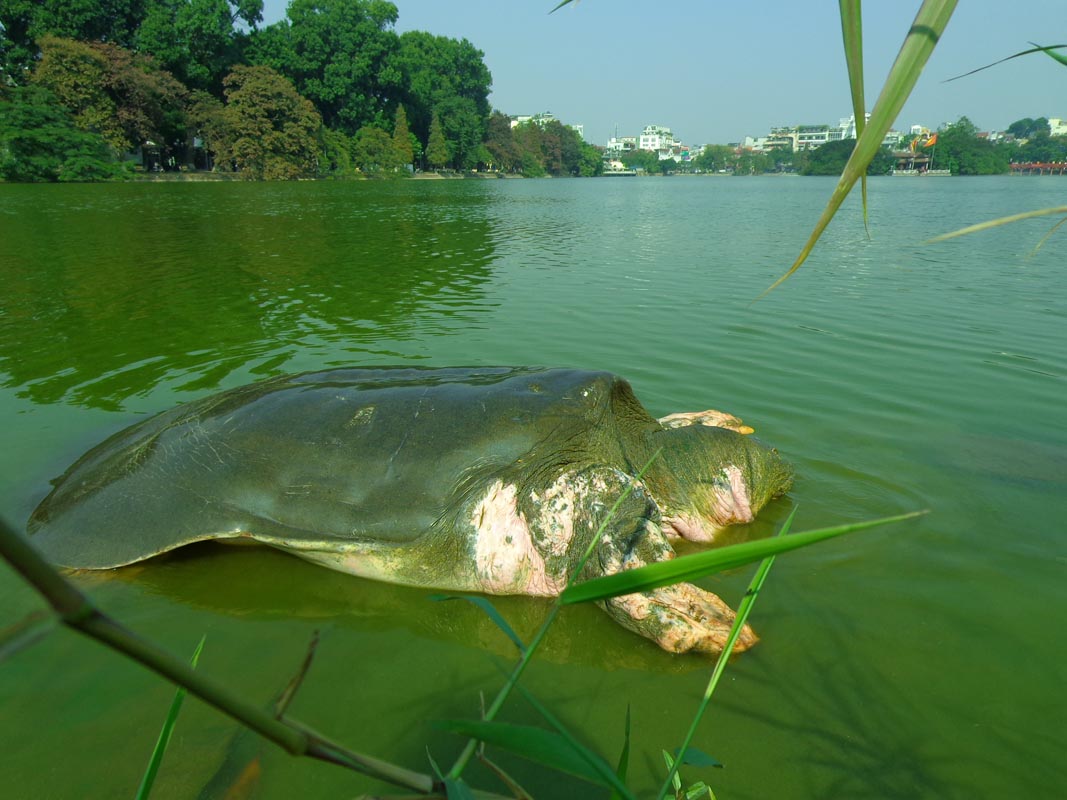 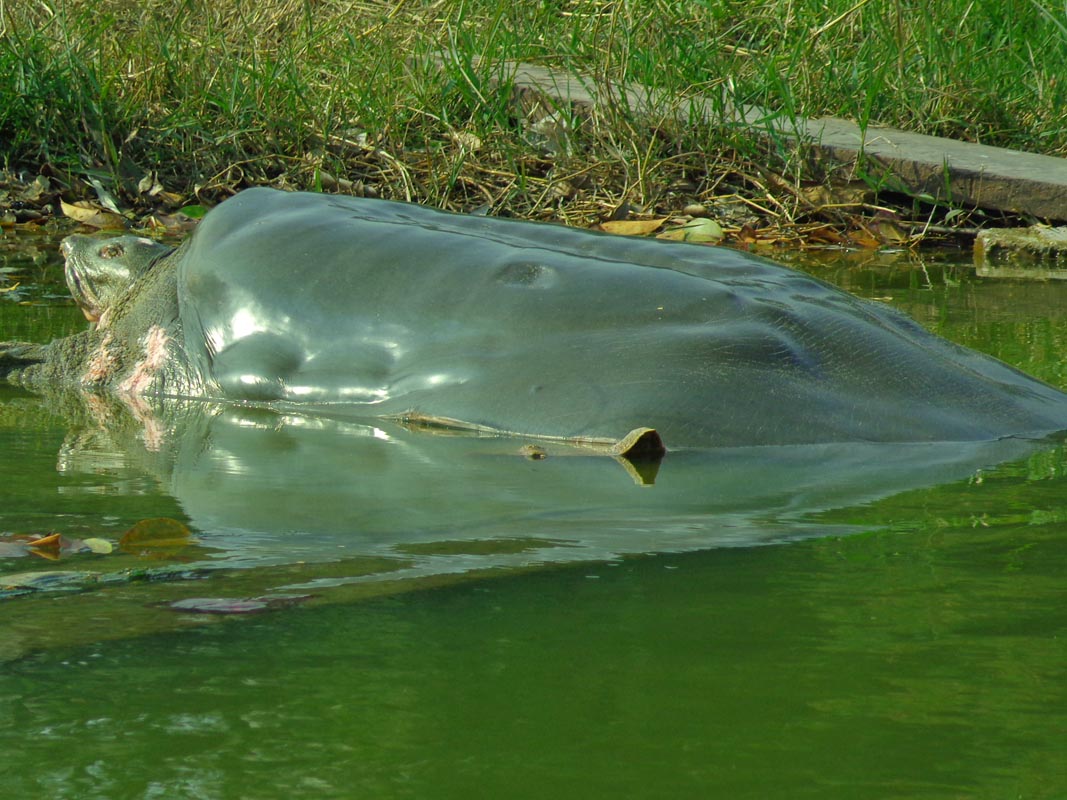 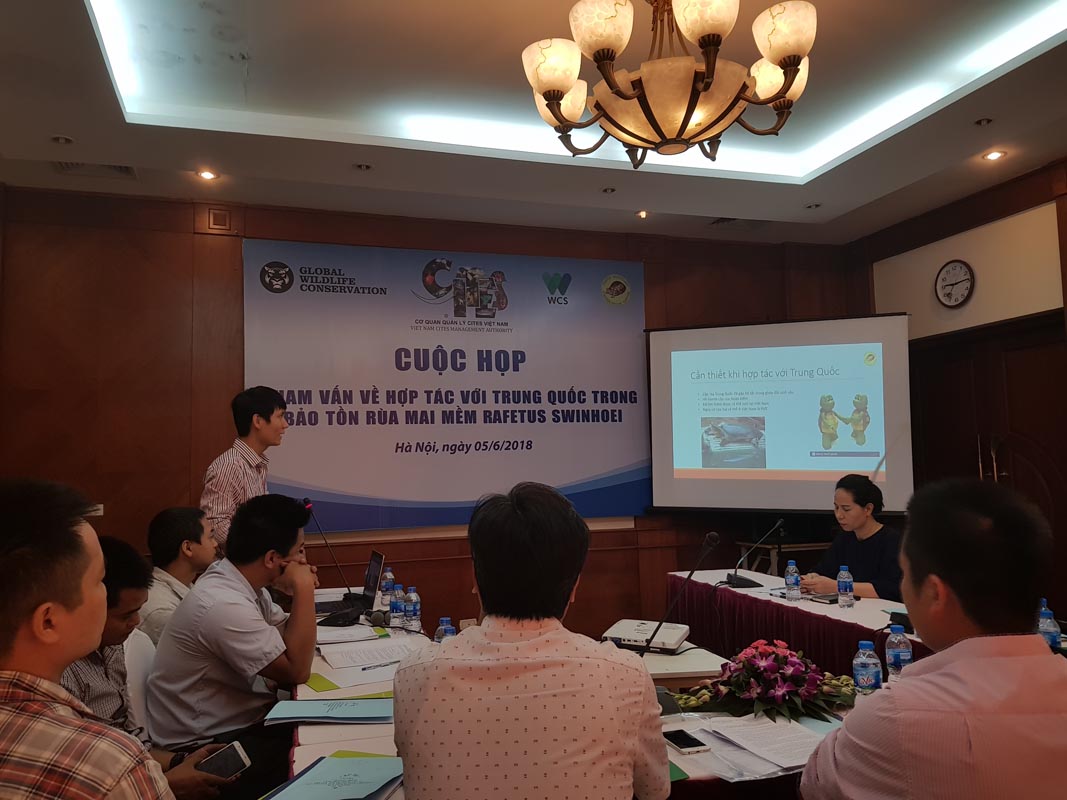 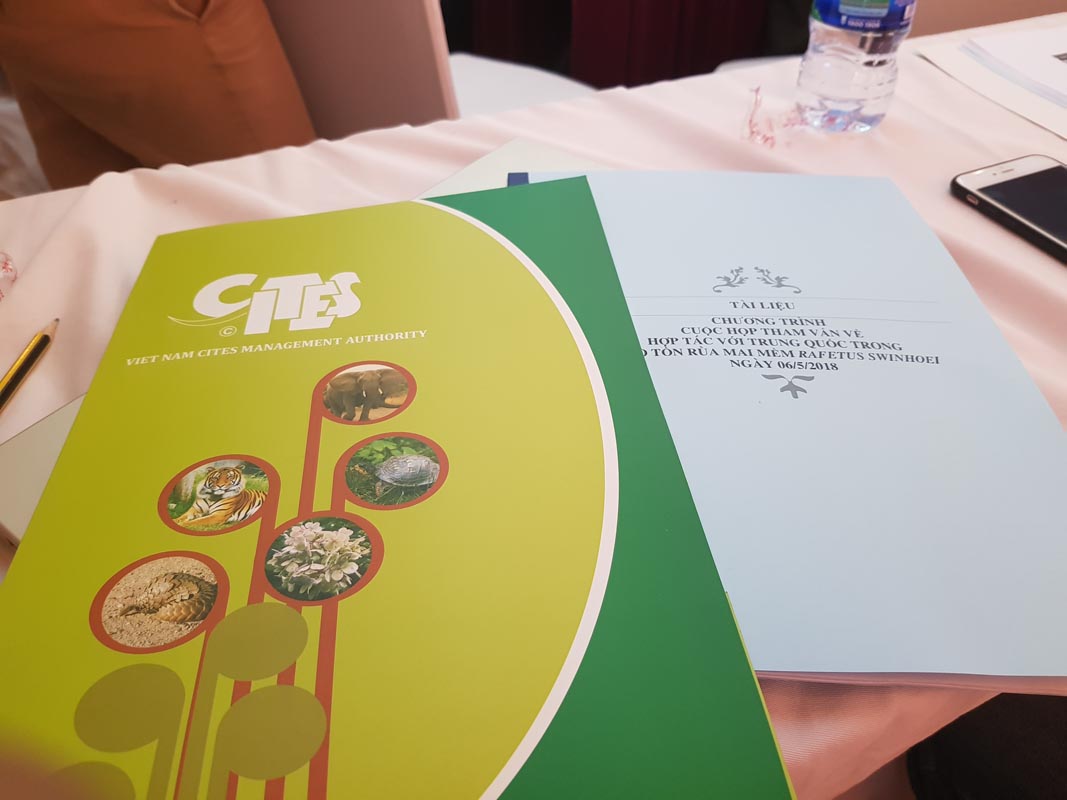 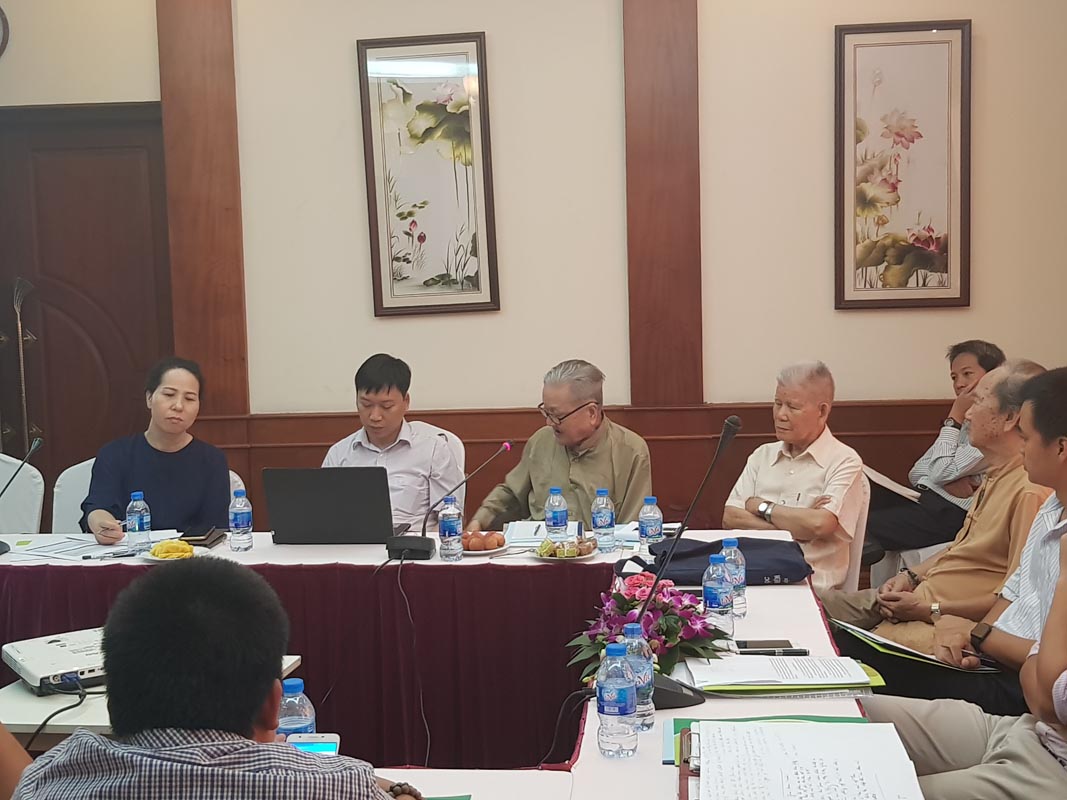